In Germany, the defenders of extreme ecology are threatening the breeding of many cat, dog and bird breeds.
In France, in order to avoid such extreme measures, breeders from numerous species gathered and founded the ProNAturA-France federation.
At first it may seem so incongruous that you don't believe it. In Germany, a part of the ecologists, called the extreme ecology, are banning tens of domestic animal breeds from all the species, by assessing that their breeding could be compared to torture. The targets concerned are the crested birds, the feather-legged hens, the rabbits with and dropping ears, the short-legged Dachshunds, the flat headed dogs, the long haired Persians cats, the white cats or the curly coated Rex. All in all, almost 70 % of the fowls breeds, including many ancient and endangered breeds, around a hundred canine breeds, several cat, bird or fish breeds, must disappear. What for ? Animal protection. For the German Greens : "Any form of breeding is similar to torture... The more an animal moves from his original ancestor, the more it becomes physiologically and psychologically insane, the more it suffers." Are you a Persian or a Sphynx breeder ? Then you are like a torturer and your cats are deficient !

The new ecological order
Those words would sound like a joke if they remained what they should remain, only stupid accusations made by extremists. But do not be mistaken, extreme ecology has nothing to do with good sense ecology, which innovates towards sustainable development and environmental awareness. Extreme ecology, on the other hand, is a violent ideology, related with dubious ways of thinking, which Luc Ferry, philosopher and current Minister for Education, condemned in his book called "Le nouvel ordre écologique." This mostly Anglo-Saxon ideology, by placing all forms of animal and vegetal lives at the same level, and by questioning man's cultural nature, leaves no place to the humanist inheritance and its values of freedom and culture. This ideology goes far beyond our cats and our dogs, whose names and well being are diverted to enforce a new vision of the world. Why and how this could happen everywhere ?
While German breeders tried to face a less and less favourable legislation, Jean Glavany, the former Minister for Agriculture, declared on his last day in activity, that France ratified the European Council Convention on the protection of company animals ; we lovers of nature and of animals, should have rejoiced to see the objects of our care, respect and time at last protected and recognised. But we should have been more watchful about some sentences, like : "Any one selecting a company animal for reproduction should take into account the anatomic, physiologic and behavioural features, which could jeopardise the health and welfare of the descendants and of the female." Article 5, Reproduction. We'll answer that the breeders are indeed those who value the most the health of their animals, and the appearance of any genetic defect is a failure.

But it's all a question of point of view, and the general public, which is very perceptive and yet often badly informed about the animal question, can be influenced. For instance, ear cropping and tail docking are purely cultural actions, neither invalidating nor painful if carefully practiced, yet they are presented in the convention at the same level as declawing a cat or cutting the vocal cords of an animal !

The breeders are the true protectors of animals
In front of those nonsensical threats and the hardening of the law, major domestic animals breeders associations from all the species have decided to unite, in order to fight for the breeds they are in charge of, and created ProNaturA-France, the French associative federation for a non anthropomorphic preservation of nature and animals. The aim of the federation is to build up an animal protection, on non anthropomorphic bases, by stating that animals, before being subjects of rights, are objects of duties for man. Breeders, just like many scientists, historians and philosophers, no longer accept to hear only the voices of those so called animal protectors, who often have no other relationship with animals than ideological concepts. If the German extremist ecologists succeeded in imposing their vision in a majority of German Länders, like they already did in Hess, the ratification of the European Convention might even endanger the biodiversity of French domestic breeds. One of the projects of ProNaturA-France is to main a campaign of information called "3 years for biodiversity". The campaign will focus on the richness of the domestic breeds, to draw the general public's attention and make them aware of the dangers of the racial theories of extremist ecology on the animals themselves.

Subscriptions :
We would also like to encourage the subscriptions of breed clubs, regional and breeders associations. 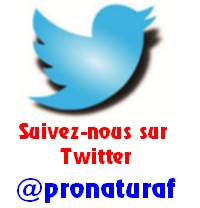 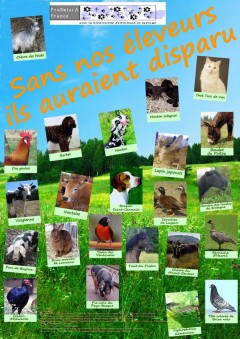